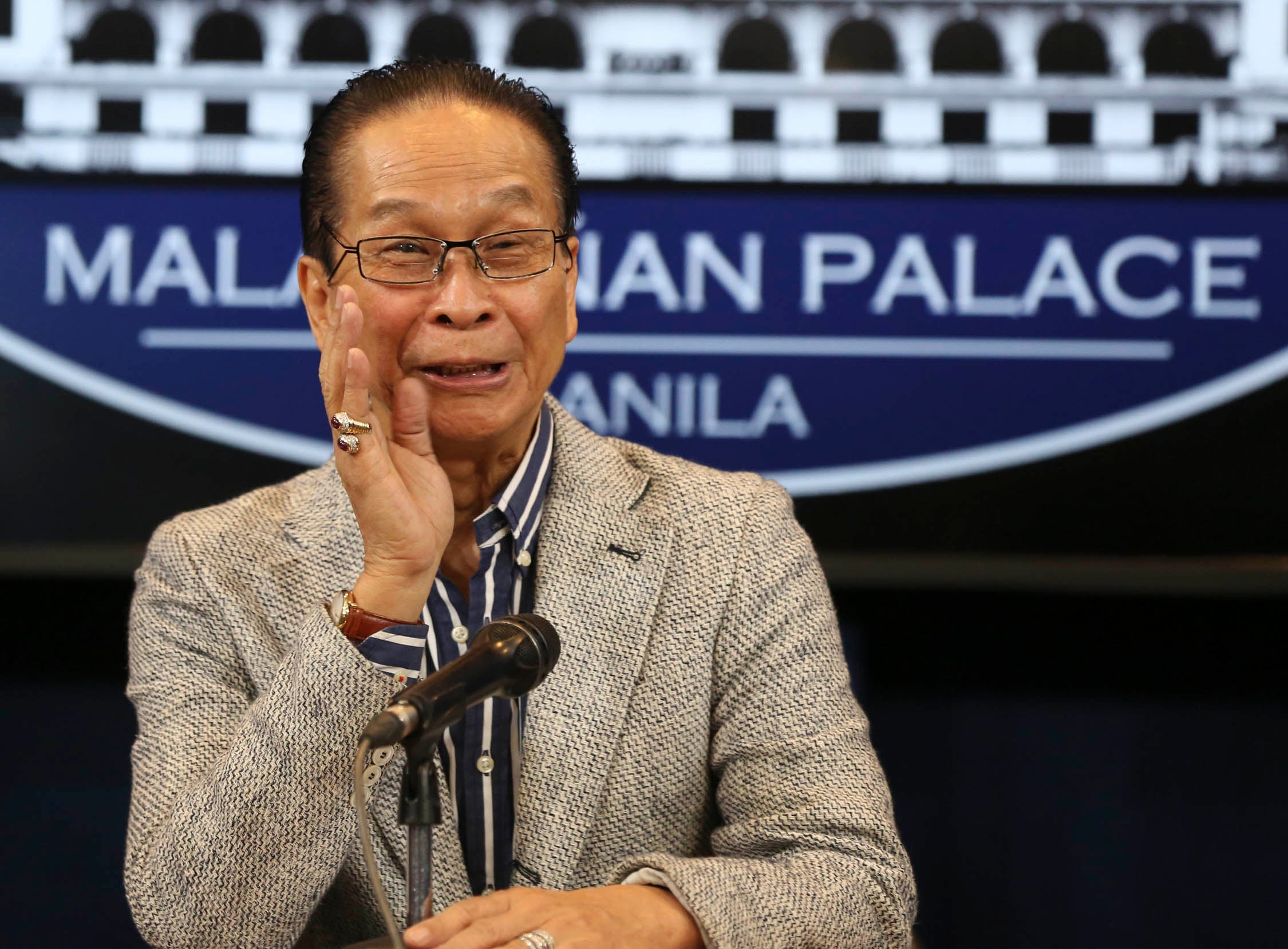 MANILA, Philippines – Presidential Spokesperson Salvador Panelo on Thursday laughed off former president Benigno S. Aquino III’s concern about the entry of too many Chinese workers in the Philippines.

Aquino, during a book launch forum on Tuesday in Manila, said President Rodrigo Duterte should look into the surge of Chinese construction workers in the country.

He then turned serious saying the country lacked Filipino construction workers because they went abroad to work.

“If he is concerned, we will also be concerned, if his basis is correct. What was his basis? Was it a statistics made by him or by his group? Where did he get that information?” Panelo asked.

The Palace official shared his and the President’s conversation with Henry Sy Jr. during their visit to the wake of SM founder Henry Sy Sr.

“[Henry Sy Jr.] was I think mentioning something about their construction is delayed because we lack carpenters, welders and those construction workers, and the President agreed,” he said.

The President, Panelo said, responded saying he told Technical Education and Skills Development Authority (Tesda) chief Isidro Lapeña about the importance of his department, citing “we lack so many construction workers.”

Maraming Pilipinong walang trabaho and yet they lack the skill so we need to teach them,” Panelo said.

He also said the surge of Chinese construction workers in the country is “probably the reality now.”

He cited a personal experience, saying it took him six months to look for a carpenter for his house.

“My personal experience is, I have been looking for a carpenter for six months, nakakuha lang ako after six months. In other words talagang wala, pati ‘yung welder naghahanap din ako para doon sa aking gate wala akong makuha. Whatever happened to them?” he said.