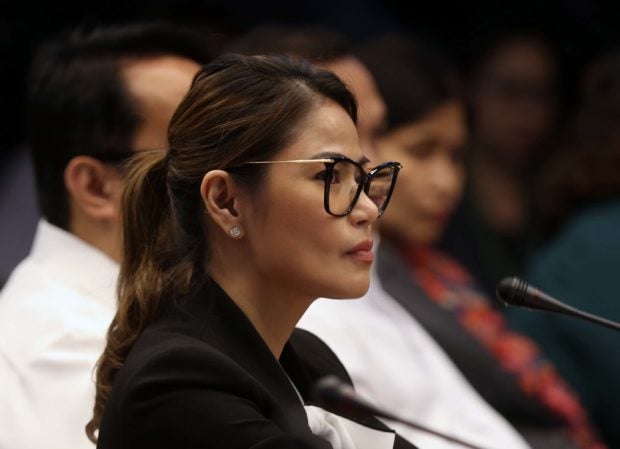 Panelo read a letter informing the erstwhile FDA chief that her services had been terminated by the President.

“Dear Ms Puno, please be advised that upon the instruction of the President, your appointment as director general of the FDA of the Department of Health (DOH) is hereby terminated effective immediately,” part of the letter read.

The letter, dated May 15, was signed by Executive Secretary Salvador Medialdea.

“This is in line with the President’s continuing mandate to eradicate graft and corruption and to ensure that public officials and employees conduct themselves in a manner worthy of public trust,” the letter read.

Ordered to read letter only

Puno was also directed to “to immediately turn over all official documents, papers, and properties in possession to the office of the undersecretary for health and regulation, DOH” to “ensure uninterrupted delivery of public service.”

Asked to elaborate on the allegations of corruption against Puno, Panelo said he was simply ordered to read the letter announcing Puno’s dismissal.

The police later said that Puno, who escaped unhurt, was not the target of the ambush. —JULIE M. AURELIO