This portfolio appears in VICE Magazine’s 2019 Photo Issue. With this issue we wanted to celebrate the absurd, the lighthearted, and the humorous. It’s important to take a break from the real world. As much as we need to be informed, engaged, and aware, we also need to laugh. We wanted to champion the people making art with a sense of humor. In today’s climate, there’s something nicely subversive about that. You can read more about our theme in the letter from our editor.

Check out an interactive version of the issue here, and why not subscribe while you’re at it?

Born in 1991 and raised, in his words, “under the soft glow of spinning strip mall signs in the swelling suburbs of Western Canadian prairies,” photographer Kyle Berger spent many a summer night riding his bike around Wal-Mart parking lots and “vaporizing McDonalds milkshakes with house-made explosives.” His focus then shifted to more academic pursuits, specifically cultural studies at the University of Calgary and photography at the Alberta College of Art and Design before settling in Toronto.

We came across Berger’s work in the early stages of assembling this year’s photo issue and knew immediately we needed to include it. Like other photographers featured in the issue, he has a knack for capturing and compounding in Photoshop the absurdity of everyday life: like the moment a raccoon has been caught scavenging for food in a trashcan or when a dog is taking a shit against the backdrop of a beautiful sunset or when a teen with spiky hair walks past a row of plants that perfectly mimics his hairstyle. Berger says his work “directly stems from my time and place in the world, and where and when I was raised. I am infatuated with consumer culture and contemporary content ingestion. We seem to be slipping into a ‘post truth’ timeline, and I want my work to be a light-hearted, tongue in cheek assessment of the reality of skepticism, or the personal bias of ‘seeing is believing,’ while existing in a universe marked by capitalism and absurdity.” 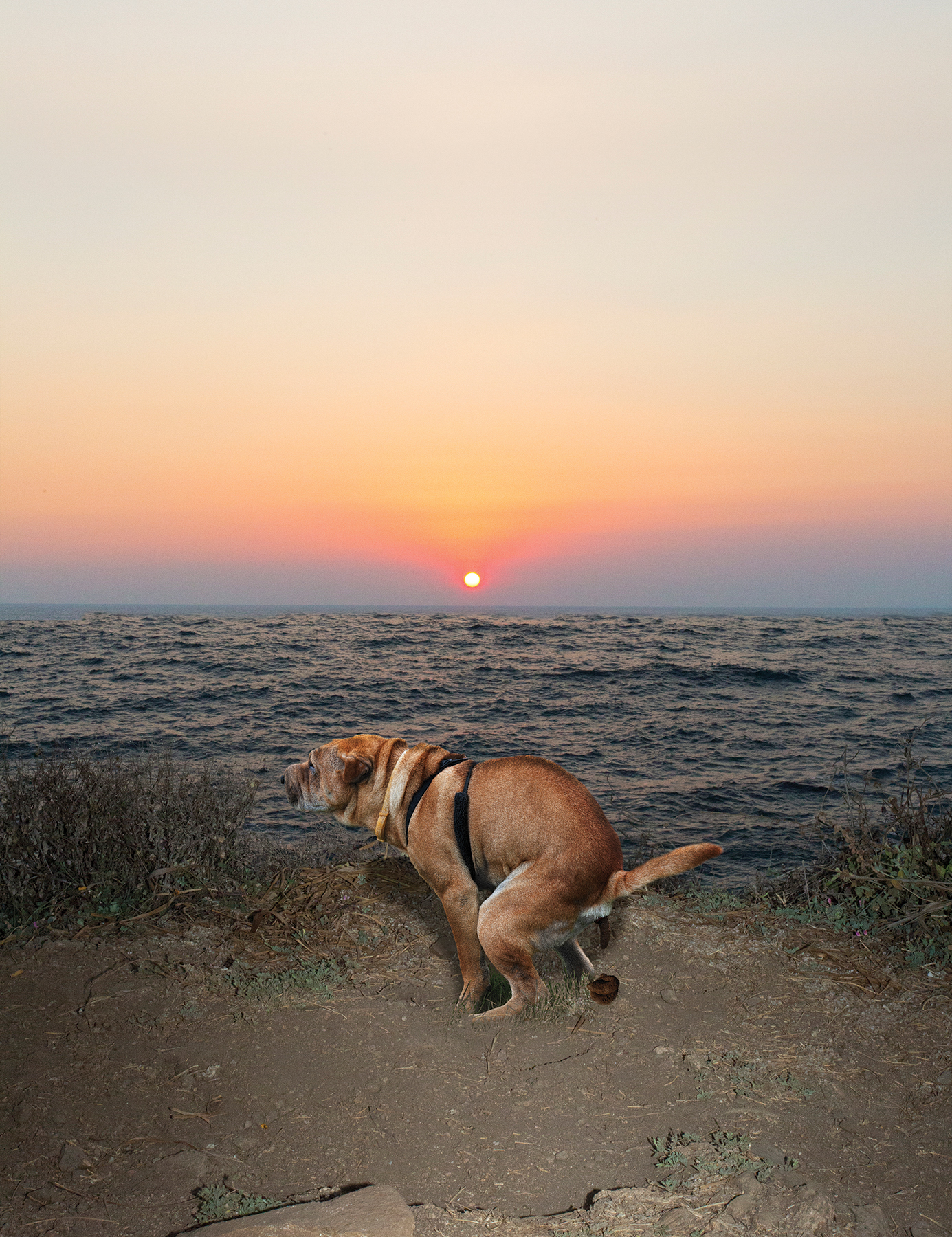 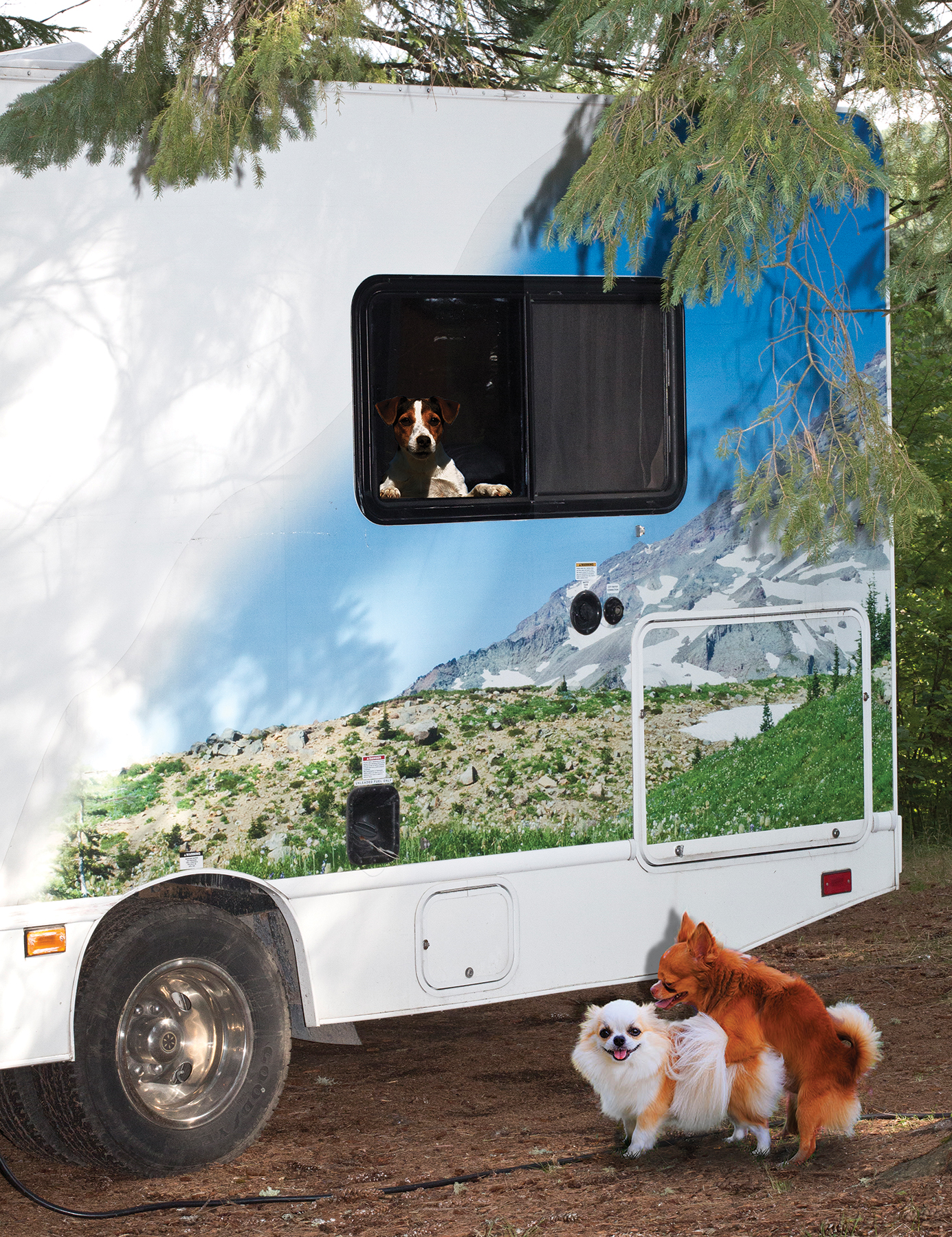 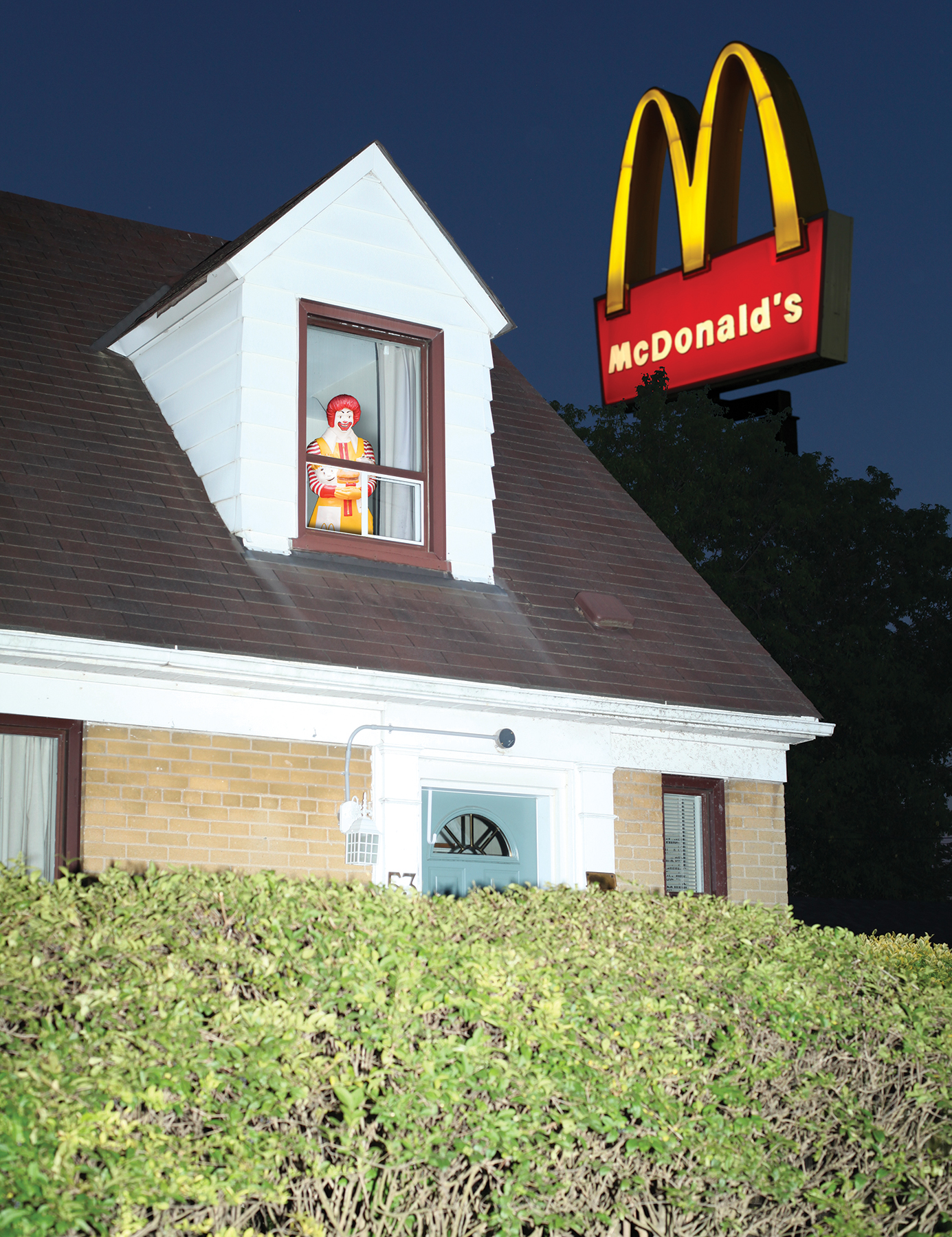 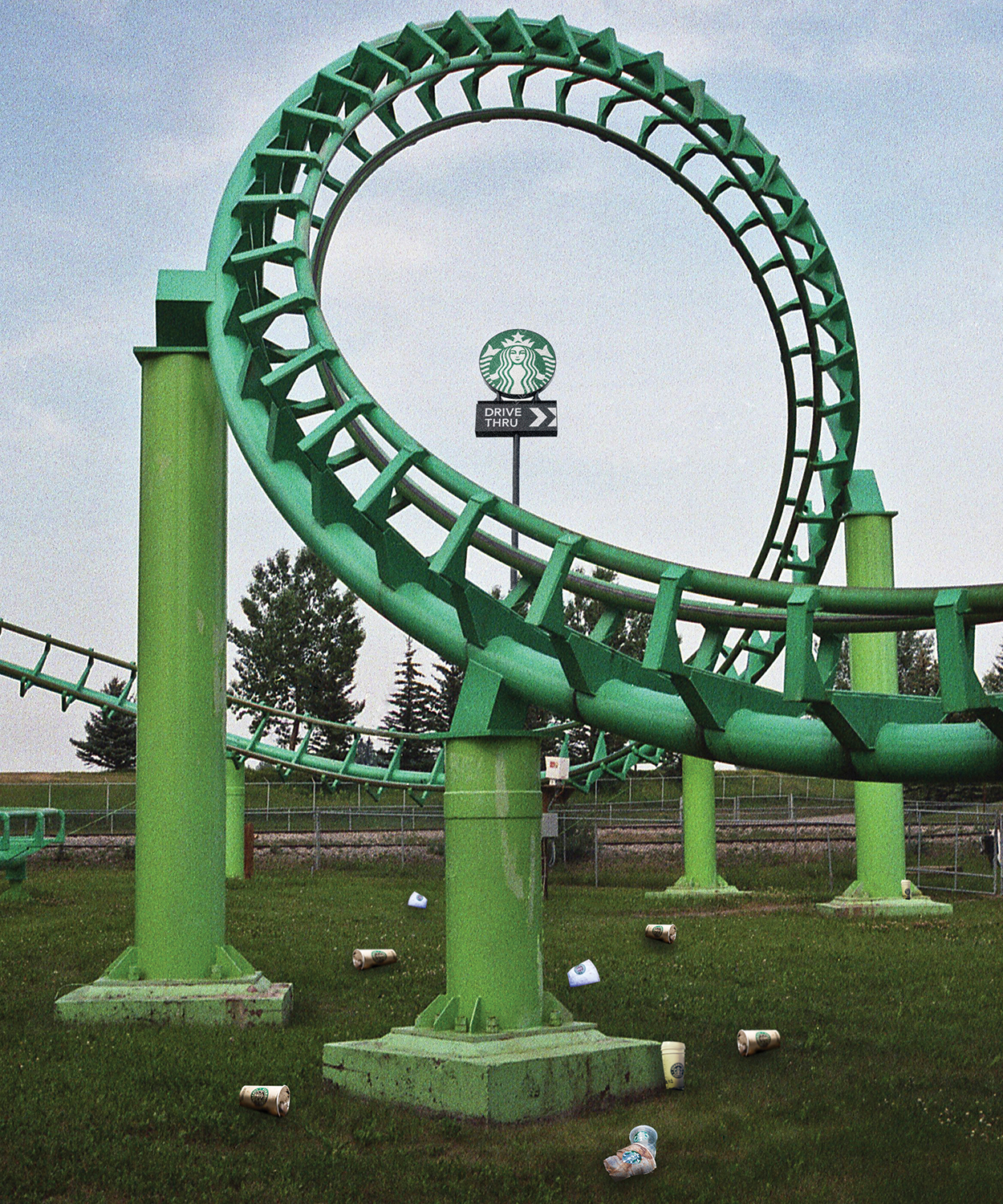 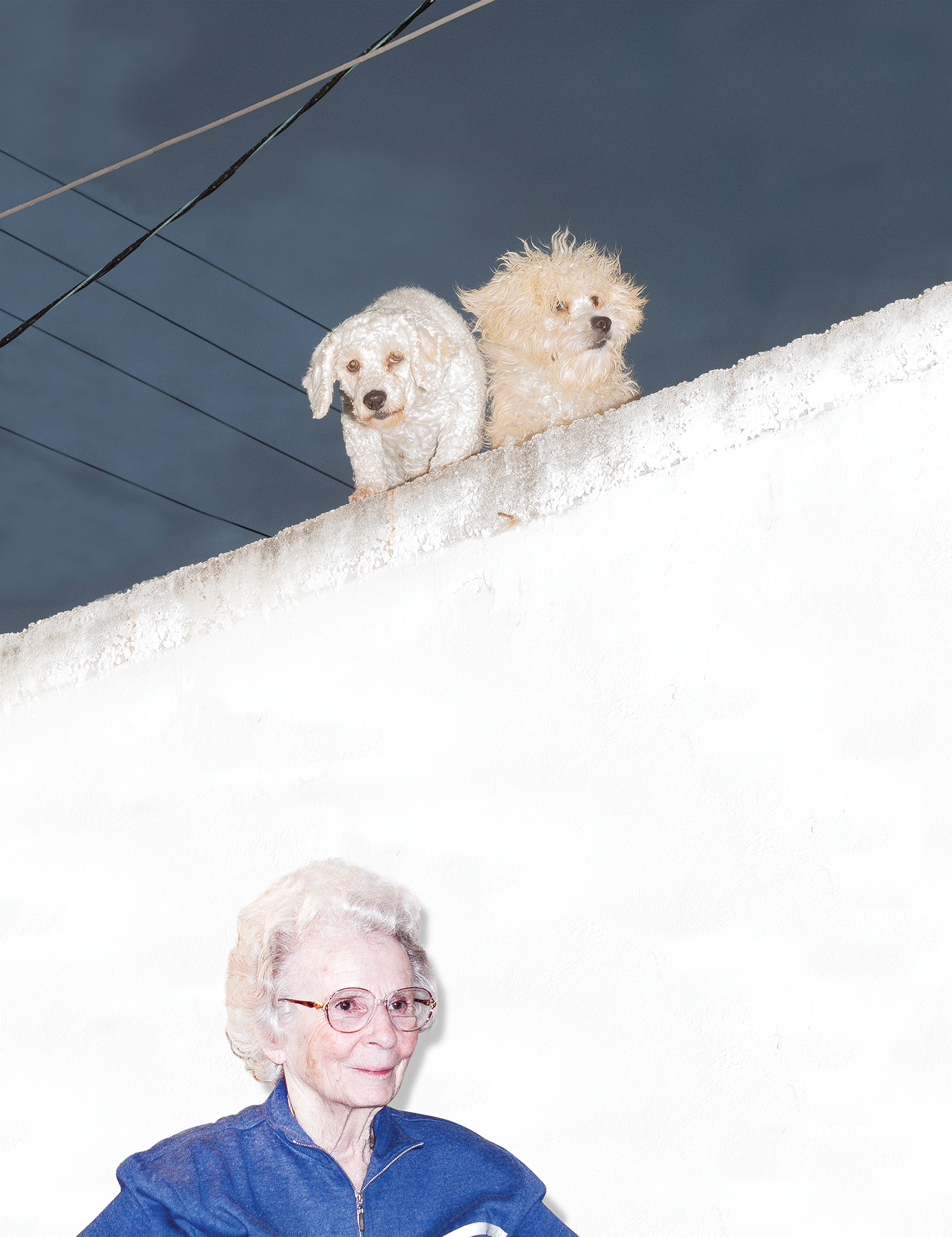 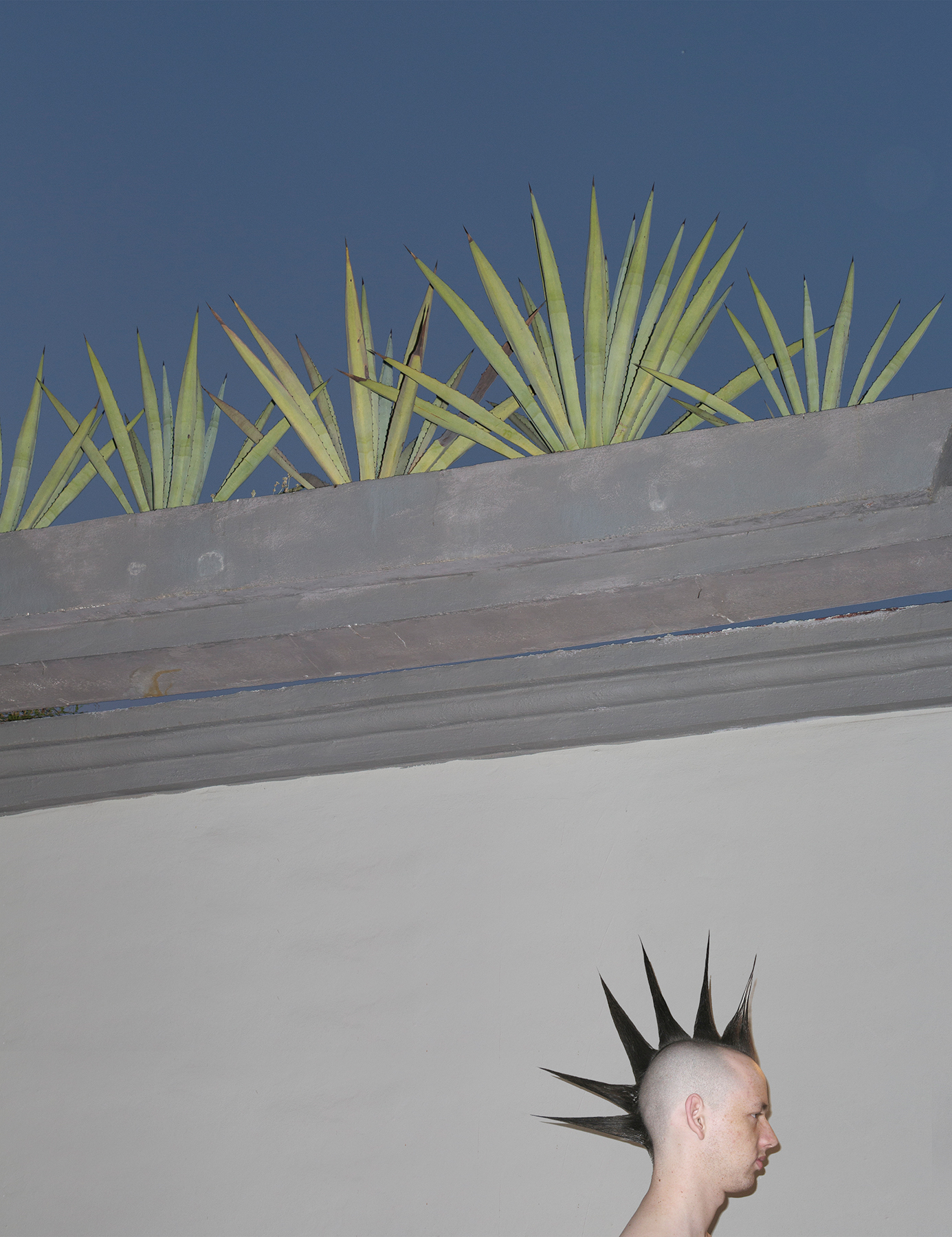