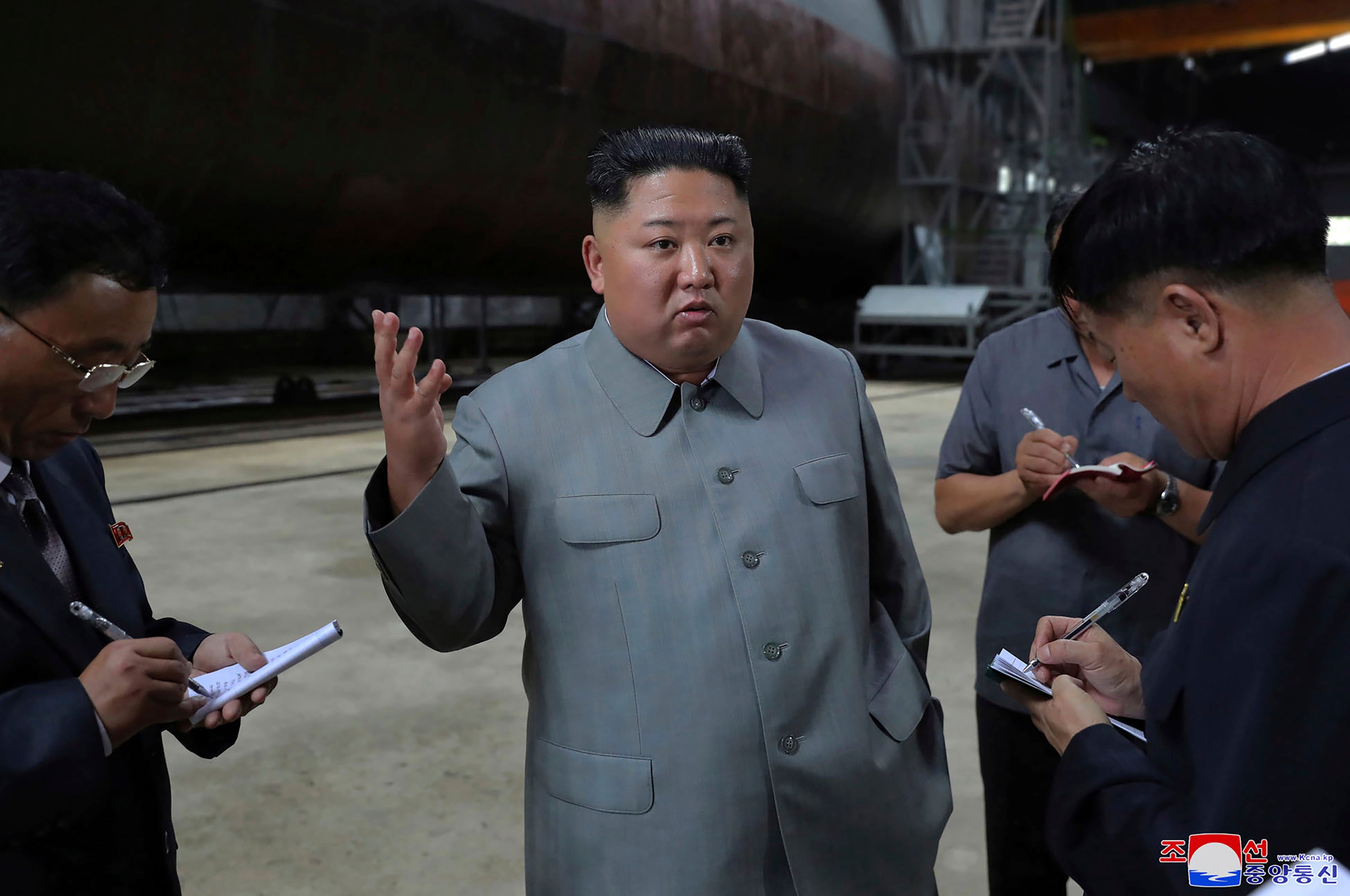 The submarine will be deployed to the East Sea, also known as the Sea of Japan, the North’s official KCNA news agency said Tuesday, without disclosing its specifications or the location of the inspection.

“The Supreme Leader learned in detail about its operational and tactical data and combat weapon systems,” KCNA said.

The inspection comes a week after Pyongyang warned next month’s US-South Korea military drills “will affect” proposed working-level nuclear talks with Washington that Kim and President Trump agreed to pursue during an impromptu meeting in the Demilitarized Zone that divides the two Koreas on June 30.

But no meetings between the two sides have taken place since then.

There are close to 30,000 US troops stationed in South Korea and their annual drills with tens of thousands of South Korean soldiers have always infuriated the North — with Pyongyang slamming the manoeuvres as rehearsals for invasion.

The North in the past week condemned the upcoming military exercise as “blatant pressure” on Pyongyang and a “violation of the spirit” of the joint statement Trump and Kim signed at their historic meet in Singapore last year.

The criticisms came despite the drills being scaled down to facilitate dialogue with the North.

Washington has previously insisted on North Korea’s complete denuclearisation as a condition for lifting punishing US sanctions.

Failure to reach an agreement over sanctions relief and what the North was willing to give in return led to the collapse of the leaders’ second summit, which was held in February in Hanoi. /muf