If you follow Pokémon at all, you may have noticed that #gamefreaklied was trending this week. There are only a few reviews out (like many outlets, we haven’t received review code yet) and the game won’t be out until tomorrow, but right now a lot of Pokémon fans are very mad. Their anger is over a myriad of issues, from things like framerate to whether or not models were imported from the last game, fueled by posts made by alleged dataminers who’ve gotten their hands on the game early. These fans have been going over every inch of this game with a fine toothed comb, looking for anything out of place, and have latched onto the character models.

They’re claiming that they’re the same models from Pokémon Sun and Moon are being used in Sword and Shield, and that means that “Game Freak lied” when they claimed the new game would have “higher fidelity with higher quality animations.” Asset re-use isn’t anything new to video games, in fact it is often necessary to make deadlines, so why is there so much scrutiny being put specifically on these games? Did Game Freak actually lie to their fans? To understand what’s happening today, we need to go back to June and the announcement of “Dexit”. 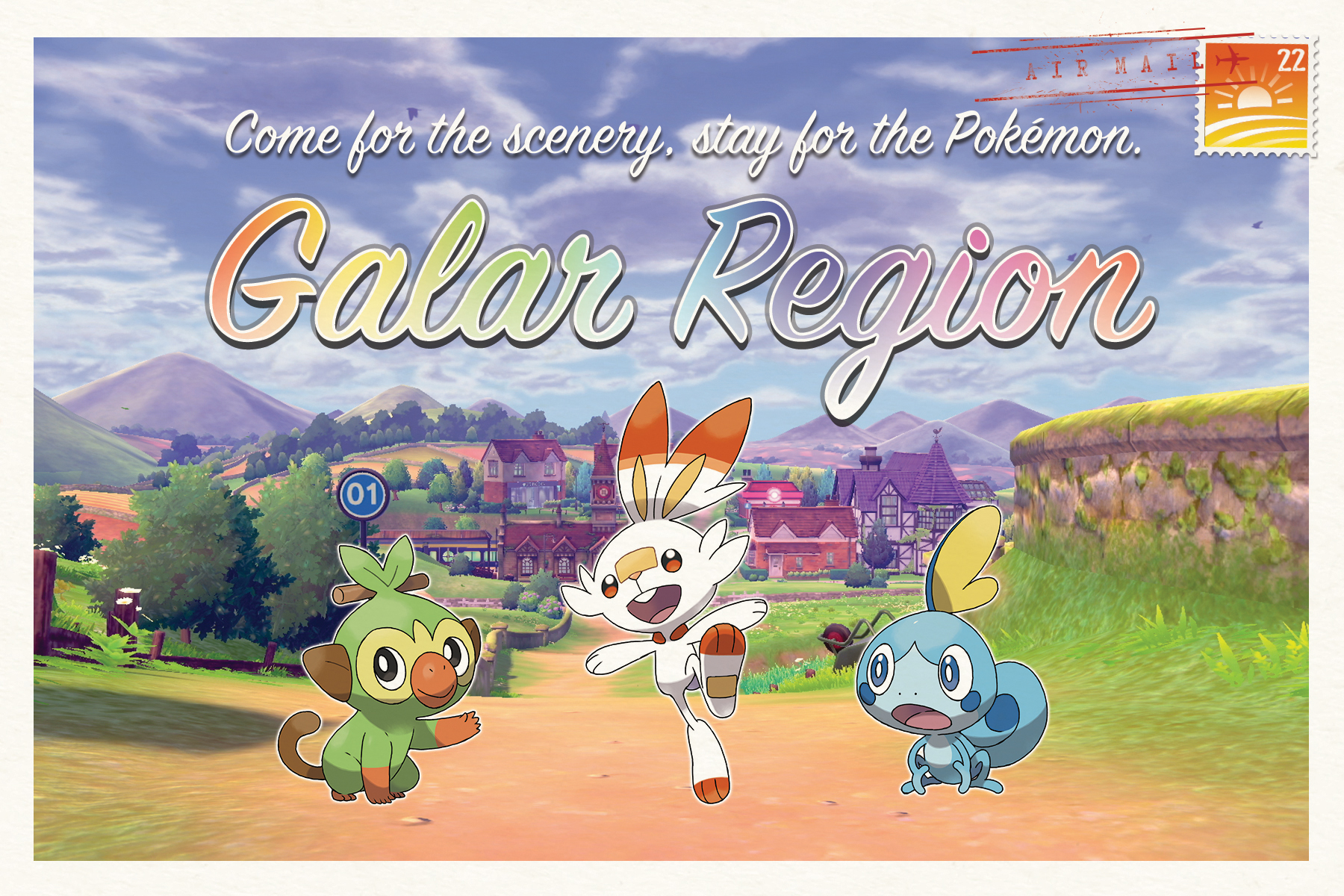 “Dexit” is a term coined by a section of the Pokémon community as a shorthand for the fact that the new games wouldn’t have a National Dex. Throughout the series, once you’ve beaten the main story you would unlock the National Dex. Like the standard PokeDex, it kept track of every Pokémon you’ve seen or caught, but the National Dex included entries for every Pokémon that has ever been included in a mainline Pokémon game. Alongside different transfer features, this allowed players to keep the same Pokémon they’ve owned and trained since 2003’s Pokémon Ruby and Sapphire by importing them to each new game.

For the first time in 16 years, the hardcore players that had been sticking with the series and training their Pokémon to maximize hidden stats were suddenly faced with something that Pokémon has never been quick with: change. Each iteration of Pokémon would add new monsters and have a new story that took place in a new location, but mechanically there have been very few, incremental changes to the battle system. But now, as the count of different Pokémon reaches well into the 800s, around half of them wouldn’t be available in the next mainline game.

And players who had become attached to their Pokémon,—or at least the idea of what a Pokémon game has to include—got angry. Hashtags and complaints cropped up all over the internet. The term “Dexit” was coined not just because the new games take place in a fictionalized UK, but because to them the magnitude of the change was analogous to the UK’s referendum to leave the EU.

Soon after the original National Dex announcement, several interviews with Director Shigeru Ohmori and Producer Junichi Masuda were released. The announcement came up many times, and the answer as to why that decision was made varied slightly. To USgamer, Masuda responded:

There are a couple of different parts to the thinking behind it, but really the biggest reason for it is just the sheer number of Pokémon. We already have well over 800 Pokémon species, and there's going to be more added in these games. And now that they're on the Nintendo Switch, we're creating it with much higher fidelity with higher quality animations. But even more than that, it's coming down to the battle system. We're making sure we can keep everything balanced and give all the Pokémon that appear in the games a chance to shine.

Essentially, game balance was the reason they were holding back, even if porting Pokémon to a new engine was the initial worry. In an interview with Famitsu, the pipeline issues were more forefronted:

…now Pokémon can be drawn lively with cleaner graphics, but on the other hand, it takes more time for development than before. On the other hand, the total number of Pokémon is over 1000, including new Pokémon and existing Pokémon form changes. This makes it very difficult to make Pokémon with a new personality and adjust the balance of compatibility in addition to making the graphics quality adapted to hardware changes, as well as in battle. This is the reason for this decision, and it was decided that it would be difficult to make all Pokémon appear in the future work.

And so, “Dexiters” had their target. Since then, this section of the community has been poring over every new announcement from Sword and Shield. Videos doing animation comparisons from the old games, wireframes being compared, leaked code being poured over for mentions of old mechanics. There are even tweets comparing Sword and Shield’s graphics to games like Dragon Quest XI and Breath of the Wild.

A lot of these complaints fall into the vein of typical “hardcore gamer” complaints over graphics and fidelity (remember “puddlegate”?), but this time they’re fueled not just by some misplaced sense of entitlement or complete misunderstand of how game development works (though to be clear, both of those are definitely at work here), but by the lifetime of fandom and sheer hours spent playing these games. Pokémon games have always had a simplified stylization, and have never aimed for photorealism or high graphical fidelity. So why the outsized response?

Since its inception, Pokémon has been not just about collecting a variety of cute animals, but about befriending those animals. As the games evolved, mechanics were introduced to track the level of friendship you had with your Pokémon. When the series made the jump to 3D models, a new petting and feeding mini-game was added. Pokémon has always been about friendship, and overcoming adversity through teamwork. The reason Blue (or Gary if you’re a fan of the show) loses to the player time and time again in the original games isn’t because his Pokémon are worse, but because he doesn’t bond with them. He pushes them too far, and sees them as a means to an end, rather than partners to take care of and nurture. 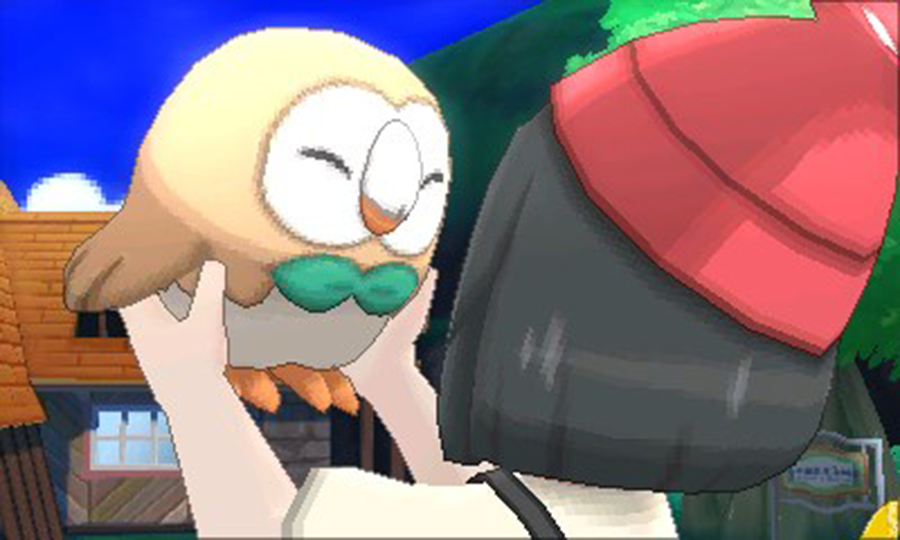 How could you not fall in love with this face? Image courtesy of Nintendo

And so, longtime fans have a lot of investment into their collections. The rest of the complaints, however specious they may be, all stem in some way from this extreme bond that’s been forged over 23 years. And yet, there are plenty of longtime fans (myself included) that don’t feel as strongly about these changes, or even if they do, aren’t spewing vitriol at the game’s developers. Like many things that exist on the internet, the hatred being spread can often come from a vocal minority. Even the hashtag #gamefreaklied is filled with people decrying (and sometimes debunking) the intent and claims made by the original posters. Part of the reason the hashtag blew up in the first place wasn’t just because a lot of people were angry, but because just as many people jumped in to refute their claims about a game that hasn’t released yet. Ultimately, a lot of people still love Pokémon, and will continue to for years to come.