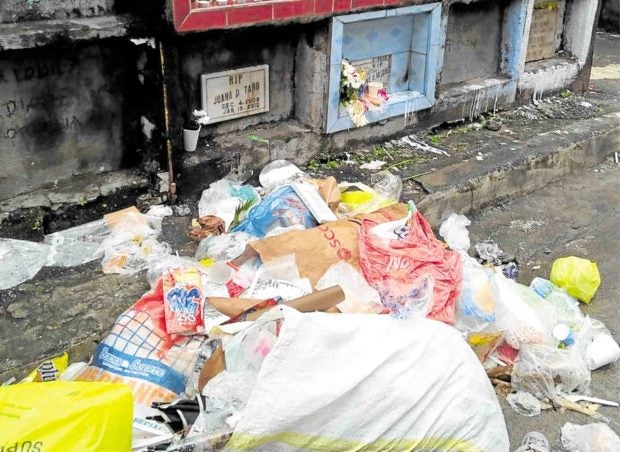 MANILA, Philippines — As the Quezon City government moves forward with a far-reaching plan to cut plastic waste by prohibiting single-use materials at dine-in establishments, some business owners said the three-month transition period was unfeasible and could devastate certain retailers.

On Sunday, Mayor Joy Belmonte announced two ordinances that were signed in October—City Ordinances SP-2868 and SP-2876—which would impose a wider ban on plastic bags and all single-use plastic and paper materials for dine-in customers, respectively.The plastic bag ban—which also removes the option of letting shoppers buy a bag for P2—will begin in January 2020, while the prohibition on disposable materials will start in February.

Jesse Livingston, who coruns a small restaurant in the city, said he was shocked to find out about the new policy through the media without prior notice from city officials.

“Business will suffer, which will trickle down to the employee level and into the small communities,” he said. “There will be a big pushback from business on this.”

While Livingston lauded the intent of the ordinance to reduce the city’s immense plastic waste, he said it would ultimately require a “complete cultural change” to succeed.

This was a sentiment shared by Miguel Barnes, owner of a burger shop in Barangay Tandang Sora with his wife, Karen. The transition to nonsingle-use materials will be difficult because of “the existing mentality and practices of the society we live in nowadays,” he said.

“Customers heavily rely on these disposable or single-use materials, not only for the convenience of transporting food and not having to wash dishes, but also for personal food hygiene and sanitation,” he said.

Because the public had come to expect some of these materials as part of customer service, (those eating at the couple’s burger shop, for example, are provided with grease paper, plastic gloves and aluminum foil), taking them away could lead to their overall brand taking a big hit, Barnes said.
Alex Adiaz, manager of a restaurant on Katipunan Avenue, also cited the potentially high cost of transitioning to nonsingle-use items as well as the durability of certain recyclable materials.

“The problem is durability since we have items that have sauce that can leak out,” Adiaz said. “This is why we haven’t fully transitioned to recyclable materials.”

Contacted by the Inquirer, Andrea Villaroman, head of the Quezon City Environmental Protection and Waste Management Department, said the local government would meet with business owners to “properly brief them on the details” of the ordinance “in the next few days.”Councilor Dorothy Delarmente, who introduced the two ordinances, said on Sunday that two public hearings were held. She said the idea of imposing a total ban on plastic bags came from business owners themselves, around 300 of which attended a committee hearing.

“It was fully accepted by the business owners [and] retailers, because the suggestion came from them,” she said. INQ