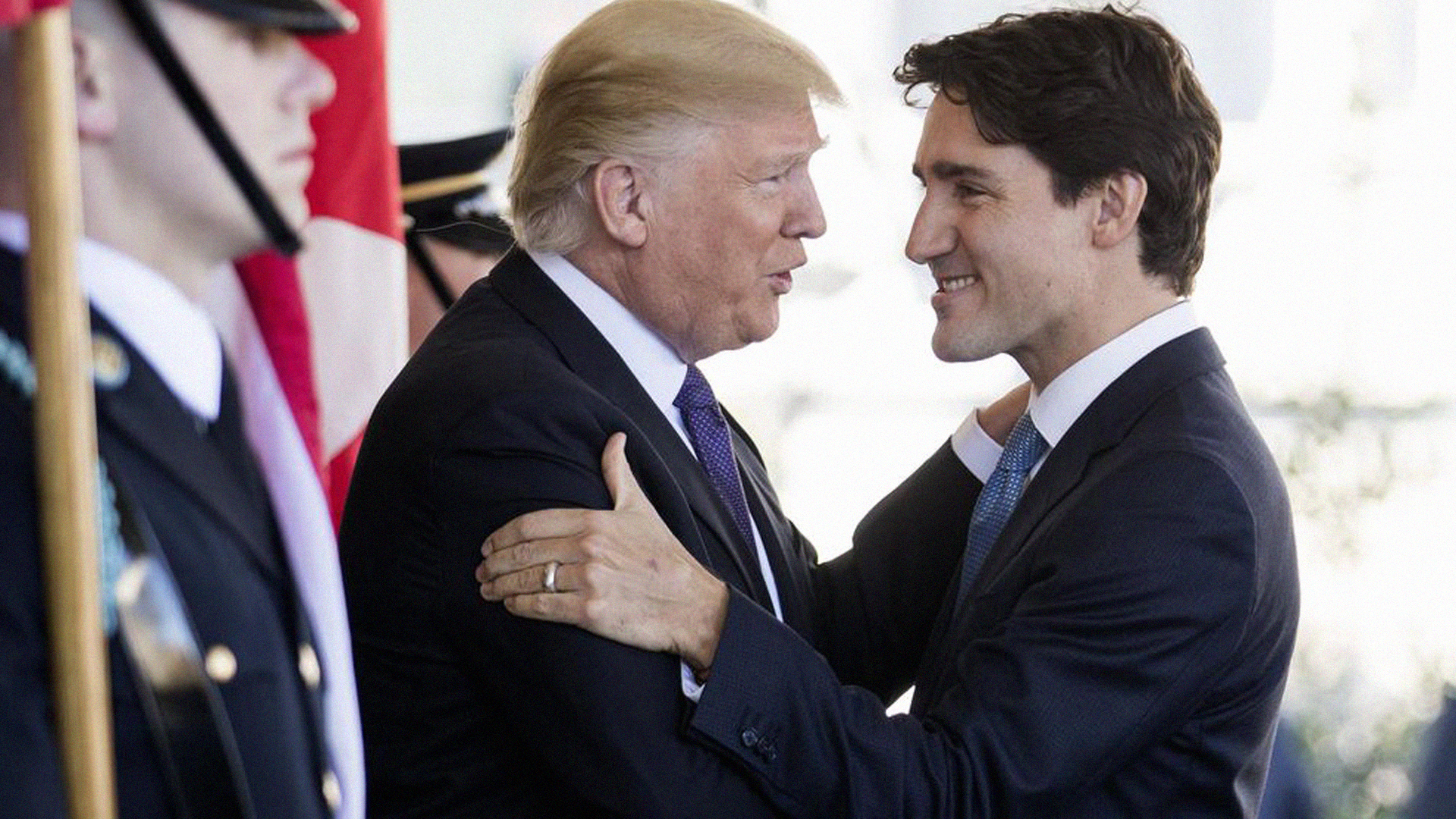 To the surprise of literally no one, Donald Trump is not an expert on the finer details of North American history.

While Prime Minister Justin Trudeau has gone on record calling the US-Canada relationship the most successful alliance “in the history of the modern world,” Trump seems to think there’s a long-standing grudge between our two nations.

According to a CNN report, Trump told Trudeau in a recent phone call that his proposed steel and aluminum tariffs could be justified on “national security” grounds because Canada “burned down the White House.”

Trump was referring to the 1814 razing of Washington, D.C. by British forces during the War of 1812. Canada, famously, was not formed until 1867.

But don’t blame President Trump for his ignorance. Blame former Canadian prime minister Stephen Harper, who is enjoying something of a renaissance.

Harper has emerged from his post-Parliament retirement to chirp at the Canadian NAFTA negotiators, congratulate Viktor Orban for his electoral deathgrip on Hungary, laud Donald Trump for abandoning nuclear diplomacy with Iran, and hype his forthcoming book on how the 21st century belongs to the populist right. Loosed from the chains of governing, Retirement Steve has been free to let his freak flag fly.

But as they say: to retire is to expire.

While Harper got as much schadenfreude as anyone else watching Justin Trudeau eat crow and nationalize pipelines, the sting of losing an election to the literal son of his political arch-nemesis still lingers. He has probably watched with some anxiety as most of his accomplishments in office are either rolled back (e.g. minimum sentencing, cancelling the long-form census) or uncredited (e.g. omnibus bills, the breathtaking cynicism of Ottawa party politics). Nearly 10 years in office, and what is left to show for Harper’s sinister secret agenda? Decaying ‘Economic Action Plan’ billboards from 2009 scattered across this fine country?

Well, Harper can rest easy now knowing that he did make a difference. Donald Trump just cited the 1814 destruction of the White House as grounds to hit Canada with a national security tariff. The War of 1812 commemorations were a success.

You have to hand it to the Conservatives. At the time, a lot of us were wondering about the lasting value of tying Canadian identity to the 1812-1815 conflict between the United States of America and Britain’s North American colonies. Besides expressing the prime minister’s consuming nostalgia for the Anglo-Canadian imperial glory days, I mean. Compared to how little Canadian history was emphasised on Confederation’s actual 150th anniversary, in retrospect it’s kind of shocking how much Canadiana was underscored for the 200th anniversary of a British colonial war.

But clearly it paid off big time. Harper’s War of 1812 program might be the greatest return-on-investment in Canadian history. Donald Trump carries a kind of aggressively curated ignorance about everything in the world that isn’t golfing and refried Reaganomics, and even he was impacted by Stephen Harper’s insane militaristic patriotism. Donald Trump “knows” Canada burned down the White House, because the Canadian government spent millions of dollars making sure the whole world knew that even though Canada didn’t actually exist during the War of 1812, it was Canada’s war and we won it. That kind of program efficiency is priceless.

So keep your head up, Mr. Harper. So maybe the militant commitment to Canadian free trade you maintained while in office is imploding under the weight of a maniac billionaire president determined to crush Ottawa under its economic weight. But he’s citing you while he does it. You can sleep soundly knowing that your diligent work to rewrite Canadian history rightwards found a receptive audience.