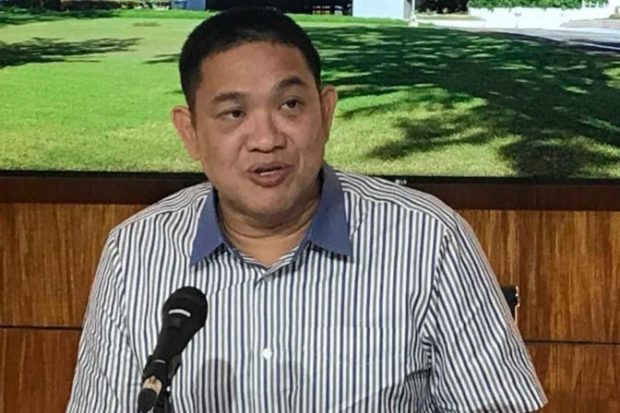 MANILA, Philippines — House Majority Leader Rolando Andaya Jr. on Monday again said Congress should convene a bicameral conference committee to abolish the corruption-riddled Road Board and fulfill the wishes of President Rodrigo Duterte to use the road user’s tax for flood-control projects.

Andaya even said there could be a need for a new bill to accommodate President’s request that the multibillion-peso Motor Vehicle User’s Charge (MVUC) funds be used for flood control projects and for dredging rivers in the Bicol region.

“Wala ’yun dun sa version namin dalawa [House and Senate]. So ’yun ’yung pag-uusapan namin — whether we agree to change both our version and come up with a common version in accordance with the wishes of the President,” the Camarines Sur representative said in a press conference.

[It’s not in both our versions. So that’s what we’re going to talk about — whether we agree to change both our version and come up with a common version following the wishes of the President.]

Andaya said if the Chief Executive would to put the MVUC funds in the General Appropriations Act, it would call for abolishing not only the Road Board but also the special account in the general fund where these funds are deposited.

The lawmaker will meet with Senate Majority Leader Juan Miguel Zubiri on Tuesday evening to discuss the possible move of both chambers.

Several senators believe there’s no longer a need for a bicam since the Senate has already adopted the House version.

READ: Senators: No need for bicam on Road Board abolition

The upper chamber passed Senate Bill No. 1620 seeking the abolition of the Road Board in February.

For its part, the lower chamber approved House Bill No. 7436 in May.

On Sept. 12, the Senate adopted HB 7436 and replaced SB 1620 with the lower chamber’s bill, supposedly dispensing the need for a bicameral conference between the two houses to reconcile different versions of the proposal.

Later that same day, however, the House passed a motion that voided its version of the proposed measure, placing the Road Board abolition in limbo.

Under the law, the funds should be earmarked solely and used exclusively for road maintenance and improvement of road drainage, installation of adequate and efficient traffic lights and road safety devices, as well as for air pollution control.

In 2017, the President called on Congress to abolish the Road Board and transfer its functions to the appropriate department. /atm