The national laboratory, which is part of the U.S. Department of Energy (DOE), revealed on Sept. 26 that a NETL-developed oxygen carrier based on “low cost” minerals demonstrated “a ten-fold increase in durability compared to previous iterations.”

The accomplishment, it noted, is a “significant step toward the commercialization” of CLC, a technology it said is “capable of delivering affordable and dependable power to the nation while reducing environmental impacts due to CLC’s more streamlined carbon dioxide (CO2) capture capability.”

While it can also be applied to natural gas, CLC is generally viewed as a promising technology that could boost coal’s environmental profile as the industry puts more emphasis on decarbonization. But though several concepts are being researched around the world at bench and small-pilot scale, experts note the technology is still at a “theoretical stage.” However, a July 2018 roadmap issued by the Electric Power Research Institute (EPRI) and the Carbon Utilization Research Council (CURC, an industry coalition focused on technology solutions to keep fossil fuels in a “balanced” U.S. power portfolio) envisions a first-of-a-kind commercial project using metal oxide and limestone-based CLC technologies starting in 2027.

In a basic sense, CLC involves the combustion of fossil fuels in nearly pure oxygen, rather than air. But it is different from oxy-combustion systems, which provide oxygen to the combustion process by separating oxygen from air, because in CLC, fuel and air do not mix. Instead, it produces oxygen that is internal to the process at a temperature range of between 800C and 1,000C, which is too low for thermal nitrogen oxide production. NETL notes that attribute could eliminate large capital, operating, and energy costs associated with oxygen production.

As EPRI explains, CLC generally involves two fluidized-bed reactors and uses an oxygen carrier—typically, solid metal oxide or limestone. The carrier is oxidized in an air reactor and then delivers oxygen for fuel combustion in the fuel reactor, thereby efficiently producing oxy-combustion without cryogenic air separation. 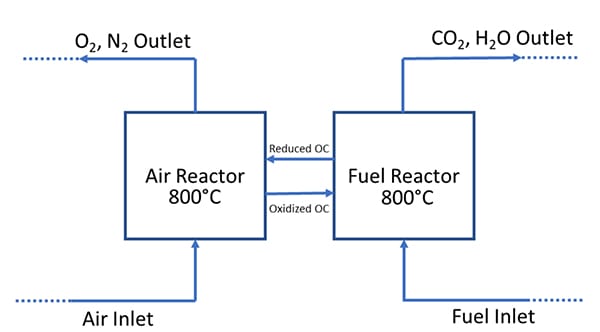 NETL, which is seeking to determine whether CLC is a technically feasibly option for coal-powered generation by 2020, said current CLC research and development (R&D) efforts are focused on a number of aspects, including developing and refining oxygen carriers with sufficient oxygen-carrying capacity and durability. Durability, in particular, is considered a major technology barrier to lower overall CLC process costs.

The lab’s ongoing research is focused on synthetic copper, iron, and alumina (Cu/Fe/Al2O3) oxygen carriers, and it has developed what it calls a “Gen 2.0” material made up of 200 to 600 micron particles, involves mechanical mixing, and has good reactivity. 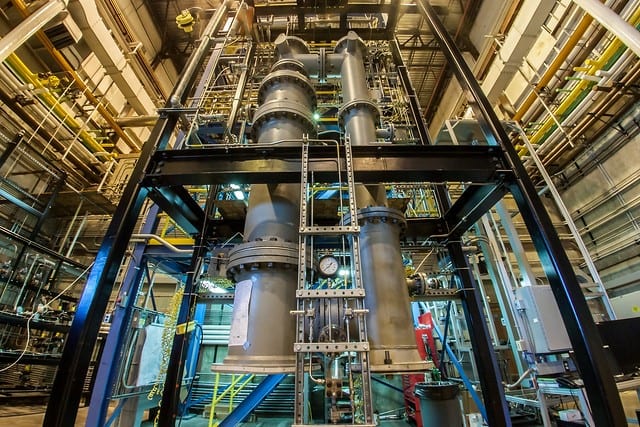 “While other materials tested at the Lab have resulted in attrition equivalent to $30–1,700 per MWh, the new NETL oxygen carriers demonstrated minimal losses equivalent to only $1 per MWh,” NETL said on Sept. 26. And, “In addition to being more durable, these oxygen carriers were prepared primarily using less-expensive natural mineral grade raw materials, which will make the CLC process more economical,” said Riley.

The 54-hour test, which was led by NETL researcher Douglass Straub and assisted by NETL researchers Justin Weber and Dr. Samuel Bayham, was the “longest such test at NETL and a major accomplishment in chemical looping technology research worldwide,” NETL said.

NETL and its Research and Innovation Center (RIC) is pursuing other CLC research that is focused on developing effective solids circulation and separation techniques; improving reactor design to support fuel and oxygen carrier choices; effective heat recovery and integration; and overall system design and optimization.