THE worldwide pandemic and the recent typhoon have taken its toll on the finances of Caritas Philippines, the Catholic Church’s humanitarian arm, amid increased demand for its services. Bishop Jose Colin Bagaforo, who chairs Caritas Philippines, on Friday appealed for funding support, saying that the lockdown has affected its Lenten fundraising called “Alay Kapwa” (AK). […]

CATHOLIC Church officials called on the government to allow the resumption of public masses and other services, assuring higher authorities of continued compliance with the health protocol guidelines of the Department of Health (DoH) to prevent the spread of coronavirus disease 2019 (Covid-19). Manila Auxiliary Bishop Broderick Pabillo, apostolic administrator of the Archdiocese of Manila, […]

POPE Francis named his eminence, Cardinal Luis Antonio Tagle, “cardinal-bishop”, making him one of the highest ranking prelates in the College of Cardinals. The Vatican announced Tagle’s appointment on Friday, the second in four months. The Pope, in December, named the former Manila archbishop as Rome’s new Prefect of the Congregation for the Evangelization of […]

“MARTYRDOM is not about dying for the faith.It is about living for the faith.” This was the message by Caloocan Bishop Pablo David in his homily during the “Red Wednesday” Mass at the Manila Cathedral in Intramuros, Manila in honor of Christians who were persecuted because of their faith. David called on Christians to harbor […]

The diocese is challenging the constitutionality of a groundbreaking law that lets survivors sue no matter how much time has passed. In one instance, a fifth-grade boy tried to abuse, but employees didn’t tell police.

The Philippine National Police (PNP) and leaders of the Catholic Church have joined hands to explore and reaffirm the collaboration of both sectors to end the decades-long insurgency in the country. 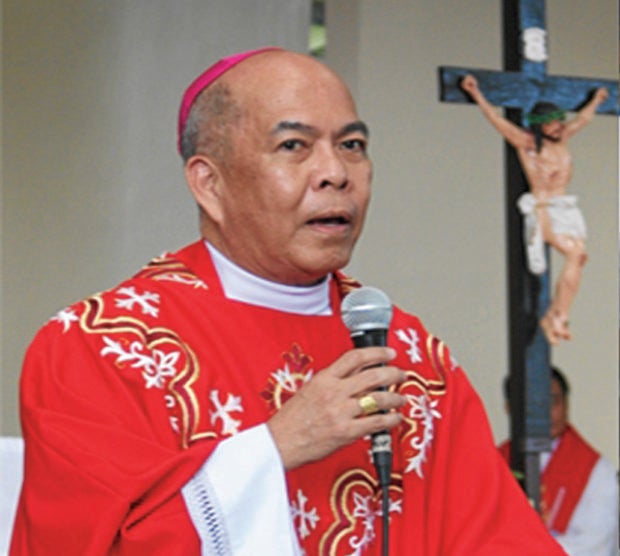 More than just a national hero, Jose Rizal is a “god” for President Rodrigo Duterte.

TACLOBAN CITY — Unlike other Catholic churches in the country, the Archdiocese of Palo in Leyte has no plans yet of removing the arancel system or asking donations for a particular sacrament like funeral or blessings. This was disclosed by Fr. Chris Arthur Militante, spokesperson of the Archdiocese of Palo. Militante said the archdiocese, which […]