Our favourite queen of pop, Ariana Grande, has never been shy about being a nerd or getting tattoos to celebrate the things she loves. In 2018, the star shared lots of fandom related ink, including a black and white Chihiro, the main character from Hayao Miyazaki’s Academy Award-winning animated film Spirited Away.

On Sunday, Grande tweeted about her love of Pokémon: Let’s Go, Eevee!, the best-selling Nintendo Switch release that echoed the original Pokémon Yellow Game Boy game from 1998. And she’s shown her love of Pokémon Go on Instagram in the past as well.

Just a day after tweeting about 15-hour Pokémon: Let’s Go, Eevee! wormhole, Grande revealed her newest tattoo on her Instagram story—the adorable bunny and fennec fox-like eevee, whose full and bouncy tail is not unlike Grande’s own trademark, voluminous high ponytail. The tat was done by the Los Angeles-based single needle aficionado Kane Navasard. We can’t imagine a Pokémon that fits Grande better. 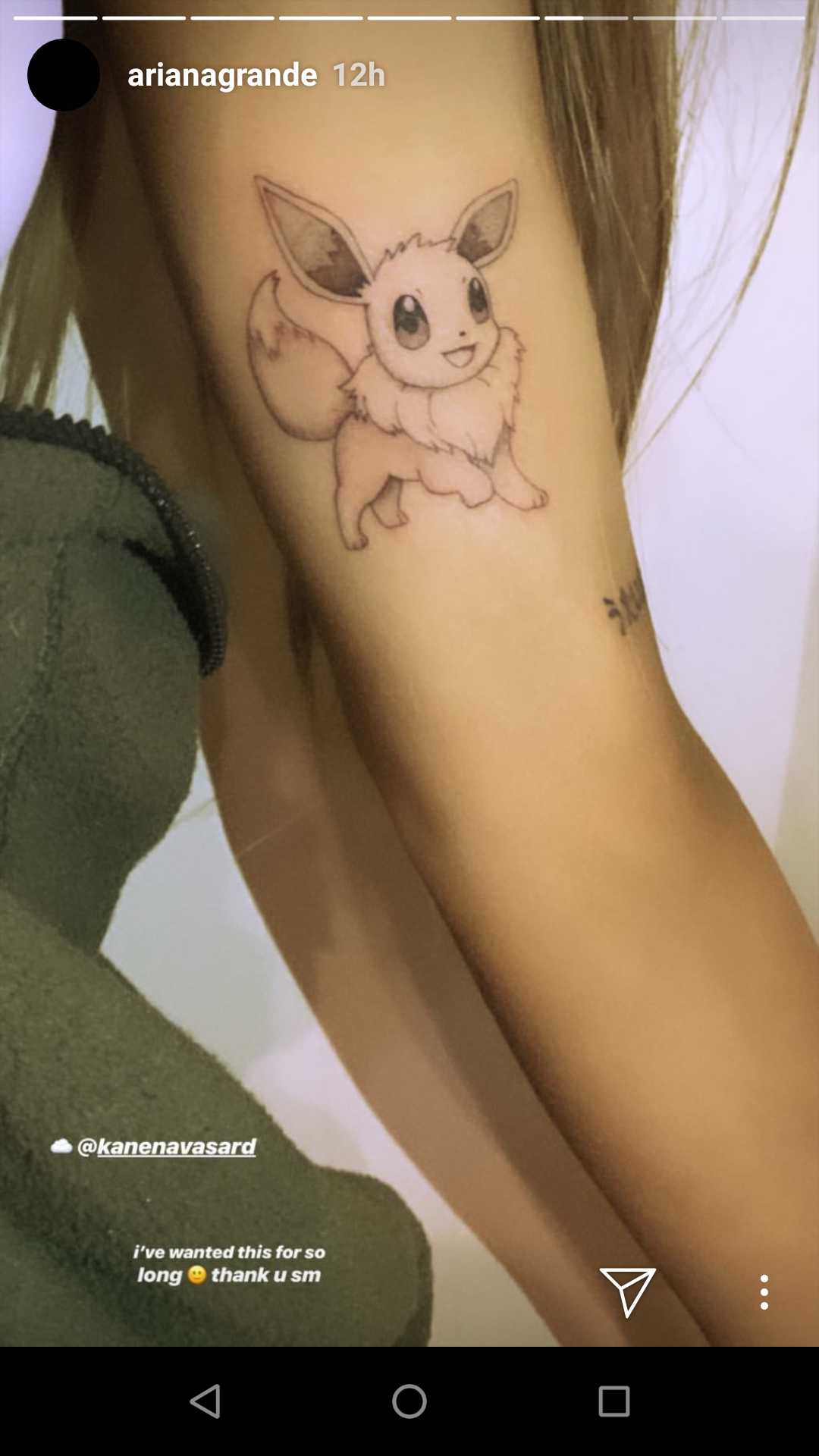 Grande was one of 2018’s brightest examples of young resilience, in a year that was especially difficult. She released the critically acclaimed album, “Sweetener” and followed it with two singles—and a banger of a music video for “thank u, next.” She’s already teasing the music video for her next single “7 Rings.” It looks like 2019 might be another big year for her.