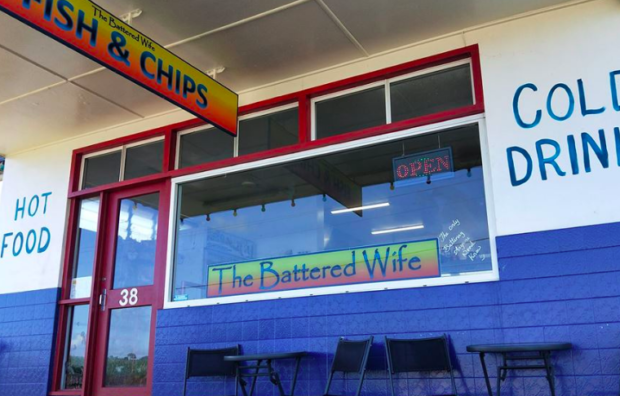 A fish and chips shop in Queensland, Australia was forced to close following months of criticism and boycott over its controversial name.

The Battered Wife, owned by Carolyn Kerr in Innisfail, first came under fire in October 2018 after the community, politicians and non-profit organizations slammed the name of her business for encouraging domestic violence.

Kerr, who is a former police officer and a domestic abuse victim, explained then that she chose the name not to make light of domestic violence but to raise awareness.

But she had to break it to her patrons via a Facebook video on Jan. 22 that the shop is ceasing trading before the month ends. The announcement came after Kerr had been told by an organization that bricks would be thrown on her shop’s window, among other threats. She did not name the organization in the video.

“With deep deep sadness, I inform you that we will cease trading next week. As many of you know, I’ve been the subject of an abusive witch hunt, by a not-for-profit organization…” she said.

“They threatened to throw bricks [at] our window, complained to have our business name revoked… complained to industrial relations and child protection services, anonymously of course, saying that I was employing kids and participating in child exploitation,” Kerr added.

The latest blow that made Kerr decide to close the business was when anonymous complaints were made to the Fair Work Commission about the alleged exploitation. She says that the commission is now doing an audit on her business and staff wages, but since she did not have audit insurance, it would cost her a lot of money to pay the accountants.

“I believed that I had audit insurance like any small business should have, but I was informed this morning that it actually only covers tax order and not fair work,” Kerr said.

“I don’t know how much the accountants are gonna cost me to get the information together to jump through the hoops,” she said. “My biggest disappointment is informing my team that they no longer have a job.” JB

Battered OFW wife who reinvented herself