MANILA, Philippines – The presence of Philippine offshore gaming operators (Pogo) hubs manned by Chinese nationals near military camps is not something to worry about, President Rodrigo Duterte said, even as Defense Secretary Delfin Lorenzana has raised concerns on the country’s national security. Presidential Spokesperson Salvador Panelo said the location of the Pogo hubs does […]

MANILA, Philippines – President Rodrigo Duterte’s partner Honeylet Avanceña on Monday released a photo of the Chief Executive who has not been seen in public for more than a week. In a photo shared to the media Sunday night, Duterte is seen with Avanceña and their daughter, Veronica in their Davao City home. Presidential Spokesperson […]

MANILA, Philippines – Malacañang on Monday mourned the death of former environment secretary Regina “Gina” Lopez, described as one of the most “passionate” Cabinet members of President Rodrigo Duterte. “News has reached the Office of the President that former Secretary of Environment and Natural Resources Regina Paz L. Lopez has passed, and it is with […]

CITY OF MALOLOS — Agents of the National Bureau of Investigation (NBI) on Wednesday arrested a 35-year-old man for robbery and extortion after allegedly victimizing a 16-year-old boy. NBI Bulacan Director Noel Bocaling said the suspect, Lheovii Reyes of Sto. Nino Paombong town was caught in an entrapment operation inside a fast-food chain here. According […]

The post Man held for robbery, extortion after ‘preying’ on boy, 16, in Bulacan appeared first on Inquirer News.

MANILA, Philippines — The Presidential Anti-CorruptionCommission (PACC) revealed Wednesday that it has been conducting a lifestyle check to at least 200 government officials due to alleged corruption. PACC Commissioner Greco Belgica said the officials were from the Department of Transportation (DOTr), Department of Public Works and Highways (DPWH), Bureau of Internal Revenue (BIR), and Bureau […]

MANILA, Philippines — Executive Secretary Salvador Medialdea filed his third libel complaint on Tuesday against Special Envoy for Public Diplomacy to China and journalist Ramon Tulfo over a column published in The Manila Times. Medialdea’s lawyer Elvis Balayan confirmed this in a text message, saying the libel was related to Tulfo’s July 25 and August […]

MANILA, Philippines – President Rodrigo Duterte will not object to the request of detained Sen. Leila De Lima for the court to allow her 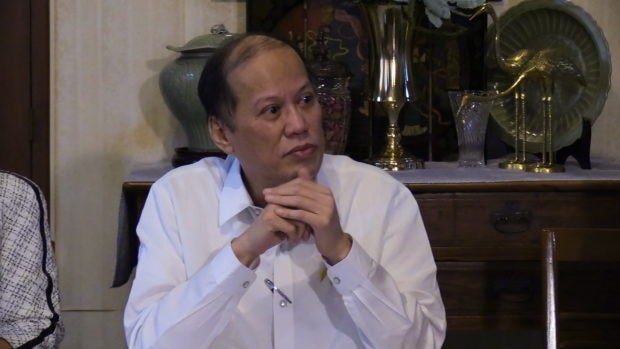 Malacañang distanced itself from the Supreme Court decision lifting the temporary restraining order on the Mamasapano trial against fomer president Benigno Aquino III.

MANILA, Philippines – President Rodrigo Duterte will visit Guimaras province on Wednesday to condole with the families of those who died

The post Duterte to visit Guimaras; condole with kin of those who died in capsized boats appeared first on Inquirer News.